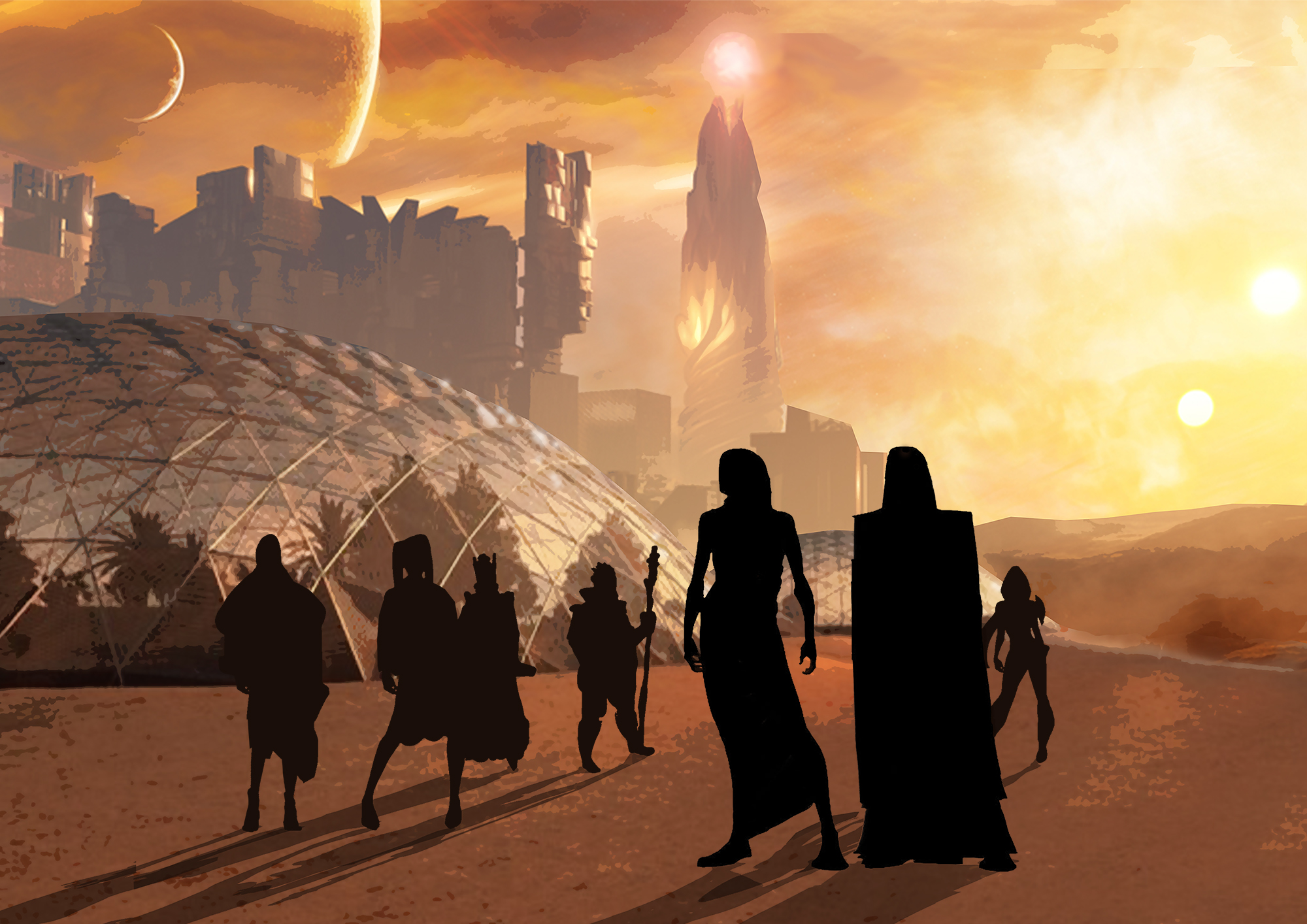 Open to all Aotearoa secondary students, Years 11 – 13, Toi Whakaari Challenge (TWC) contestants are invited to imagine that they are working in the Art Department of a movie, for which they will imagine, design or make elements for a fictional world – a scenario set in a future Martian colony.

Using the TWC brief, the competition requires the showing of work to create design (images, workbooks) or constructed objects (images, video) according to the competition categories. Winning entrants will be eligible for a pool of prizes and receive valuable creative feedback from industry professionals.

The Competition is open for submissions anytime during terms two and three: 3 May – 1 October, 2021.

The year is 2222; the setting: a settlement on Mars / Matawhero.

It is the largest of the “Antipodean Settlements” founded in the 2070’s. Its earliest settlers were climate refugees, desperate enough to undertake the dangerous and arduous work of terraforming the Martian surface. Amongst this group were many who hoped that this fresh start would be the chance to make a better world and a fairer society. This group became known as The Dreamers.

The first decades of The Dreamers settlement involved great hardship, but once basic infrastructure and systems had been established, Earth’s mega-corporations started taking an interest in the vast ore deposits discovered in the Olympus Mons region.

Whenua Whero Pā soon found itself dwarfed by the huge neighbouring industrial complex –the DREX Mining Corporation. Whilst the bulk of extraction and export was achieved by drones and robotic machinery, a skeleton team comprised of workers and executives lived in habitation areas within the vast complex.

NNZ not only survived but gradually expanded. By 2222 it is the fifth largest settlement on Mars, with a population of around 25,000 inhabitants. It has declared its autonomy from all Earth authorities and become entirely self-governing and self-sustaining, with a citizen’s assembly moderated by a council of kaumātua.

2222 is a critical year for Whenua Whero Pā. It will be the year that the DREX Corporation exhausts the ore deposits below its current site, and prepares to move on to its next target. A huge ore seam that could be worked for the next 50 years has been identified directly below the central complex of the NNZ settlement.

In Sefulu, the tenth of Mars’s 21 months, a trade ambassador of the DREX Corporation will shuttle to Mars to force negotiations for the purchase of the settlement site. The Dreamers have no intention of selling or moving.

On the eighth Day of Sefelu the representatives of NNZ will receive the trade ambassador of the DREX Mining Corporation at their settlement with a pōwhiri.

The marae is situated inside the first and oldest of the agri-domes (agriculture-domes), which were constructed in the early days of the settlement. At first, the dome was used to grow essential food plants and edible bacteria, but as the settlement has grown, newer and larger domes have taken on that role. Whare Whakatipu has been transformed into a sanctuary of exotic and beautiful plants.

The kaumātua (moderators of the citizen council) have decided who will speak first on behalf of The Dreamers.

The Manuhiri are a small group of DREX Corporation executives, including the Trade Ambassador and their bodyguard.

The Toi Whakaari Challenge is open for submissions from 3 May to 1 October 2021.

The amount and style of submittable content is described in each brief.

Depending on group or individual entries the four prize options the winner/s can choose from are:

· Winners will be notified by email. The decision regarding the winners is final and no correspondence will be entered into.

· The prize is not transferable, exchangeable or redeemable for cash.

· All entries are the property and IP of the creators. Toi Whakaari has permission to use created collateral (including, but not limited to; images, film, workbooks) in promotion of the Toi Whakaari Challenge.