A Personal And Professional Memory Of Raymond Boyce 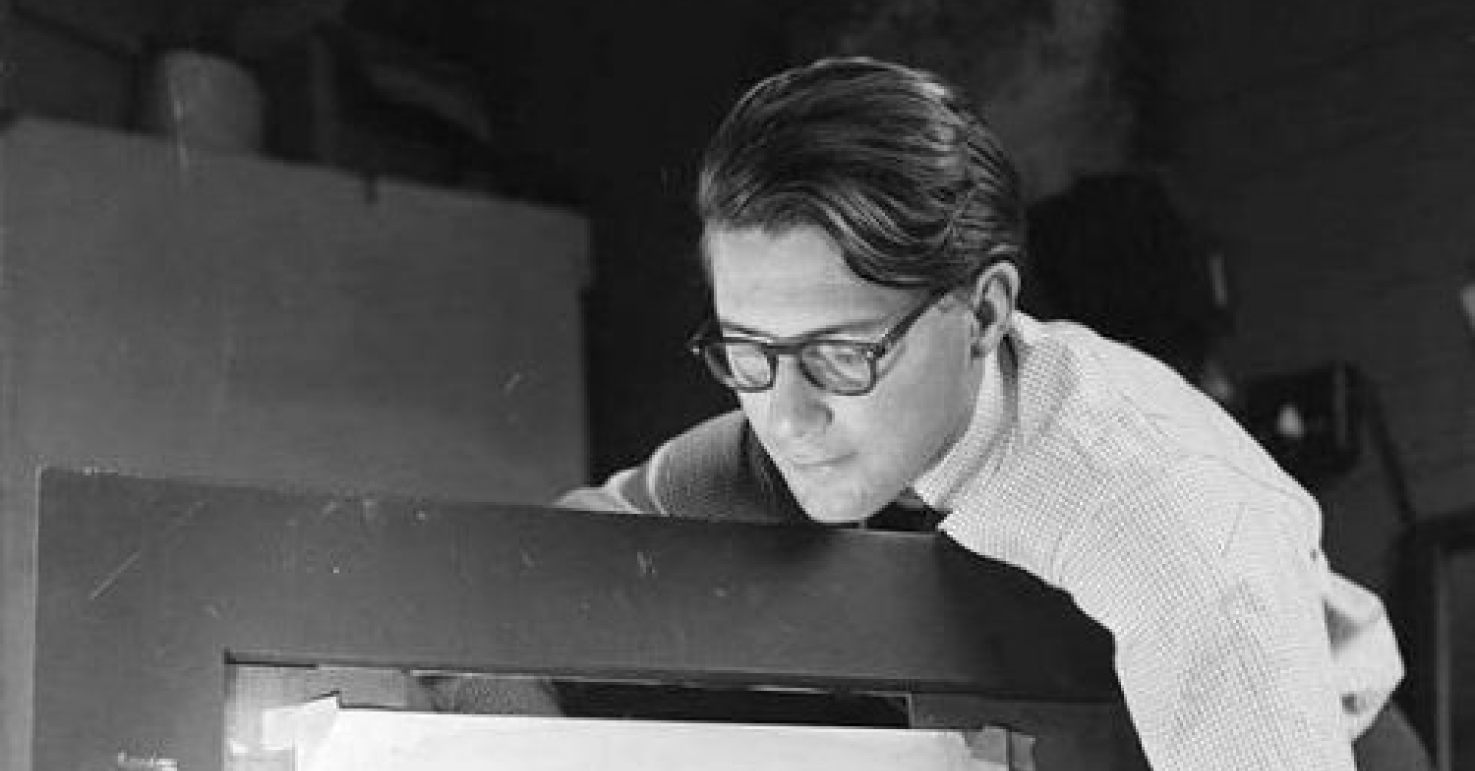 There are many books, interviews, oral histories and scholarly articles about Raymond Boyce. Mile on mile of details and facts end to end. He won many awards, culminating in a Laureate, was honoured with a Doctorate, designed hundreds of shows, exhibited internationally, travelled and researched extensively, and single handedly put Theatre Design on a professional footing in Aotearoa : NZ.

He is a blazing icon within our theatre landscape and we celebrate him appropriately. However, I am lucky in that the monument who was an inspiration to me as a child, became a colleague, mentor and friend to my whole family.

As all the biographies detail he came out to NZ in the early 1950s, imported by the new professional touring company, the New Zealand Players. A major young talent in the UK, he brought his rigorous training and high standards to Aotearoa, and quickly became a name spoken in reverential tones – at least in those houses, which were excited by this great explosion of energy in theatre.

I remember the Players coming through with their various shows. We always had actors billeted with us in Whanganui, and they represented all my hopes and dreams of escaping into the world of magic promised by theatre. I couldn’t wait! Raymond travelled with the Advance Crew, packing in to the various venues, fitting his beautifully crafted sets into the huge variety of spaces around the motu, and realising those exquisite creations on a breath-taking level.

Later, when professional theatre was well established in the 1970s, he was resident designer at Downstage. As Associate Director, he was part the national body, ACT (Association of Community Theatres). In those days, there were 9 professional companies in NZ – all providing work and training for actors, designers, technicians and writers. My mother, who represented “Four Seasons” from Whanganui, described him as a generous force – sharing knowledge and resources to the nation’s 9 theatres, as well as to the entire theatre community of Pōneke – amateur as well as professional. Every school and company used access to Downstage’s wardrobe, props, set elements or advice. Under him, the company fulfilled its responsibility as the Mother Ship.

When I returned to Aotearoa in 1978, importing another fully trained professional theatre designer with me, Raymond greeted us with the same generosity, offering both of us work. So began Tolis Papzoglou’s 4 years of residency at Downstage, until we left for Australia in 1983. He and Raymond shared a Studio – no mean achievement for 2 solitary artists. I worked freelance and dropped our 2 yr old off frequently at that Studio – childcare being way beyond our financial capabilities. Raymond was a genial grandfather figure (with a trove of fascinating fairy tale treasures) for many people’s children – and he is remembered with awe and great affection by them all.

It was a vibrant team at Downstage – an in-house company and a touring Theatre-in-Education company. The 2 designers alternated as Production Managers for each other’s designs, slaving through a 4 weekly turnaround, packing in wonderful sets and changing the complete orientation of the theatre for almost every show. We ate together, drank together, told stories, wept and laughed together. We WERE whānau.

In 1991, when I came back to Toi Whakaari, Raymond was again a great support. As we prepared for the design of the new building, instigated the Theatre Technicians’ and then the Design courses, and set out on many new paths, he was an advisor, sounding board, occasional critic, and always encouraging support.

In 1997 he came into Toi in another capacity, as director for a deliberately pukka British production, intended to give our strongly kiwi cohort of students a taste of the colonial form of theatre past – extending their existing rich vocal and physical skills. It is a lovely synchronicity that the new Director of Toi, Tanea Heke, and a new Acting tutor, Mitch Tawhi Thomas, were both in that production, as were many other pou of current NZ theatre.

The word pou could not be more appropriate for Raymond. The designer envisages and sketches the whare, in which we all live and make our contributions. With his presence and his profound volume of work here since 1953 Raymond has hand- chiselled the house of professional theatre in Aotearoa, and he himself stands at its heart.