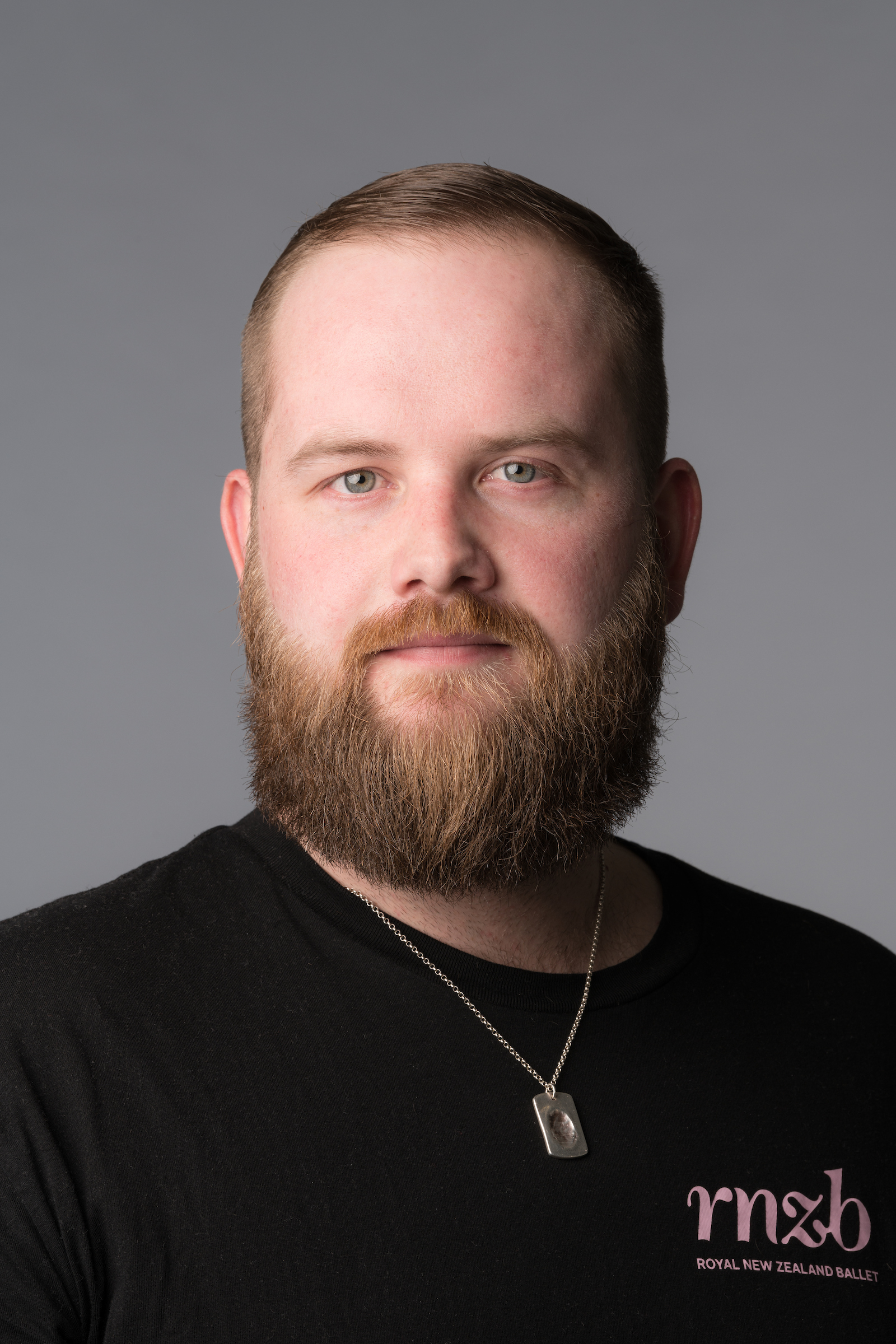 Students of Toi Whakaari go on to numerous creative pathways after they leave the kura and we wanted a space to celebrate these rich, varied and sometimes unexpected arts careers. Our second article is written by Daniel Wilson. You can read our first article by Molly-Rose here.

Daniel Wilson grew up in Invercargill and took his first steps in technical theatre while still a student at James Hargest High School before graduating with a Diploma in Entertainment Technology from Toi in 2013.

Prior to joining Royal New Zealand Ballet as a mechanist and then Head of Lighting, Dan gained vital real world experience as Assistant Technician at the Civic Theatre in Invercargill, also working for Southland Stadium, Metro Productions, MJF Lighting Illumination and Optics, Grouse Lighting and World of Wearable Arts.

Since leaving Toi Dan has been a part of every Royal New Zealand Ballet tour since 2015 and as Head of Lighting, Dan is at the forefront of the development of virtual lighting technology, producing detailed three-dimensional modelling of lighting and other visual effects for both Venus Rising and the Royal New Zealand Ballet’s forthcoming new production of The Sleeping Beauty.
‍

Dan was kind enough to answer a few questions about his dream job at RNZB and their upcoming Christmas production of Sleeping Beauty.

What is your favourite thing about your work at RNZB?

My Favourite thing about working with the RNZB is working with amazing lighting designers from New Zealand and around the world like the States and Australia. Another thing is touring around NZ and seeing other theatres and building relationships with local crew and venues around the country.

What elements of Sleeping Beauty are exciting, new or challenges you are looking forward to?

I think the thing about Sleeping Beauty I am looking forward to is the fact that it is a new staging of the ballet and what the lighting designer will do to create his work and learning how and why he is doing the things that he does and that I may be able to have some input of ideas that he might use. I think the challenges we face due to what’s going on the world at the moment is if the designer can’t be here in NZ again it is such a different experience lighting a show over the internet and a lot more trust is put in me to agree with the look or the lighting stage to how I think the designer wants to see it in his eyes being that he is looking though a monitor of a camera feed of the stage.

What do you know now you would tell Toi student Dan?

What I know now after being at Toi and what I knew then is that this industry is all about networking and getting your name out there trying to embrace anything that comes up no matter how small or how big the Show, Film or Concert is. I always wanted to tour with the RNZB from when I was at Toi and the networking and the jobs I did made me meet a lot of amazing people and friends that eventually getting introduced to the RNZB.

Share the joy of a timeless classic with the young and young at heart this Christmas, Sleeping Beauty tours nationwide, 29 October – 12 December https://rnzb.org.nz/shows/the-sleeping-beauty/

If you are a Toi graduate who would like to share your Arts Path story please contact our Communications and Marketing team on marketing.toi@toiwhakaari.ac.nz – we would love to hear from you.