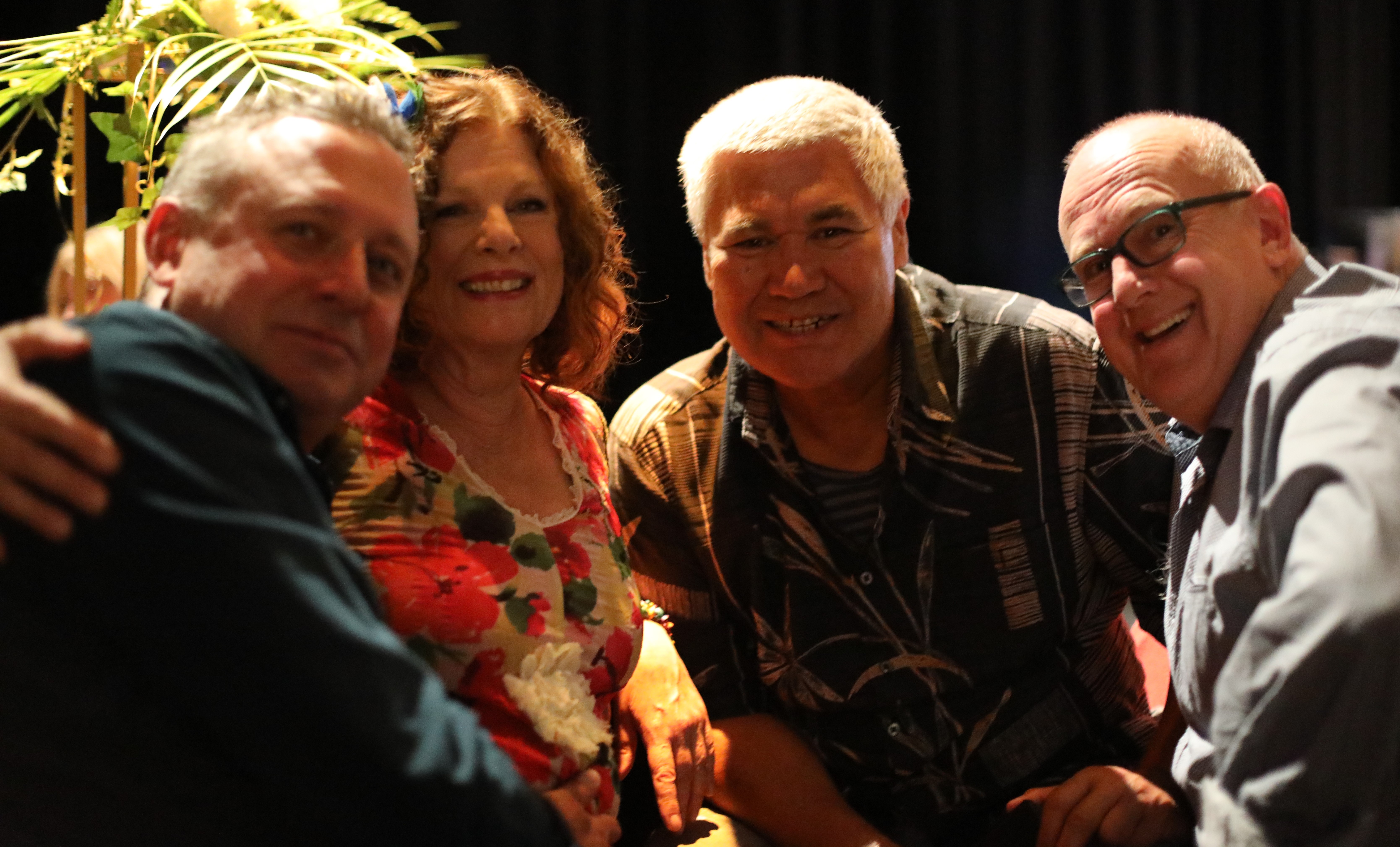 Mā te huruhuru ka rere te manu
Adorn the bird with feathers so it may soar.

Students of Toi Whakaari go on to numerous creative pathways after they leave the kura and we wanted a space to celebrate these rich, varied and sometimes unexpected arts careers. Our next article is written by Darien Takle. You can also read our earlier articles by Molly-Rose Chetwin-Kelly and Daniel Wilson.

Darien Takle was in the first intake of drama students at Toi Whakaari in 1970, completed an upgrade degree in 2006 and is now proudly celebrating 50 years in the business as an actress, singer, writer, director, and drama teacher.

Between then and now she has sung danced and acted her way through theatre, film and television. This includes working extensively in New Zealand, Australia, Hawaii, USA, and Great Britain. She has also performed in an Auckland prison and a variety of strange places over the years.

Darien is a proud member of Actors Equity and has been a member of British and Australian Equity.

Darien was kind enough to answer a few questions before heading down to Ōtautahi to start rehearsals on her next tour...
‍

I am about to go to the Court Theatre in Christchurch to be in Roger Hall’s latest play Winding Up. It is a two hander I will be performing with Mark Hadlow who has already played the role of Barry in the Auckland Theatre Company production last year.  At the end of the Court Theatre season Mark and I will move to Centrepoint Theatre, Palmerston North for a further season of Winding Up there. It is my eighth Roger Hall play and I’m delighted to be doing this with Mark.

I am also celebrating 50 years in the business. Yikes.

In collaboration with actress-singer Helen Moulder I’m also writing a comedy show. Its working title is Dances with Ducks Three.  In the early 90s Helen, my husband musician Matthew Brown and myself wrote and performed in Dances with Ducks One and Two so we thought let’s go for a third show. We’re currently auditioning famous classical pianists for the role of The Pianist!

FAVOURITE THING ABOUT MY WORK

I have always said it is my ‘Happy Place’. I love my theatre whānau and all those I work with. I especially enjoy rehearsals as there are lots of laughs and getting to know new actors we haven’t worked with before. The work feeds my soul (for real!):  we can bare our souls and during productions, share our stories.  Strangely enough, I enjoy learning lines. It’s a ritual and although a necessary evil, I always know it will lead to the grand plan; putting on a play.

My other big love is singing and I’ve been so fortunate to straddle some major musical roles which give me huge pleasure. Making people laugh is probably my super-favourite thing.

Edith Piaf in Pam Gem’s play Piaf.  Watching Jane Lapotaire playing that role in the Royal Shakespeare company production I immediately thought ‘I have to play that role’. When I was then approached by the RSC to understudy Jane, silly youthful me stupidly thought ‘I don’t understudy’.  On returning to NZ, when Raymond Hawthorne applied for and received the rights for Piaf, I was thrilled at the chance to perform it at Theatre Corporate.

Other highlights include; Eva Peron in Evita in (NZ and Hawaii), The Witch in Into the Woods, Fantine in Les Miserables (Australia), Rock Singer in Godspell (on tour in England and Scotland for a year, Xena’s mother in Xena, Warrior Princess (TV USA), Louise in The Pink Hammer, Melania Trump, Hensteeth - Women’s Comedy Festival, Lady M in the Scottish Play, Cordelia in King Lear and Gertrude in Hamlet.
‍
I love ALL Shakespeare and I have done a lot of alternative theatre, including the Amamus Group, Living Theatre Troupe and Paradise Mallard Productions.

WHAT I KNOW NOW I WOULD TELL MYSELF AS A TOI STUDENT.

Seek and absorb wisdom from those who have been in the business for a long time.

Keep notebooks and jot down anything that might be useful later on.

Read theatrical autobiographies. I have just discovered Michael Caine’s Blowing the Bloody Doors Off which is full of sage advice for actors. It’s never too late to learn and I’m learning heaps from that book right now.

Eat well if you can. Get enough sleep... Yeah right!

Don’t think you are a loser if you don’t get the part you wanted. Only one person can get the part and one day you will get the role everyone else wanted. It’s usually nothing to do with your ability but a lot to do with matching actors with and to each other - your role is coming up.

Move on - it’s a career of great disappointments and great jubilation.

Always be early for auditions or rehearsals or performances - or anything for that matter.

My granddaughter plans to go to Toi Whakaari. The most important thing I tell her already is: don’t talk about other actors and tutors behind their backs. Don’t put other actors down or ridicule their performances. This is a tough business and actors are very vulnerable and kudos to them for having the courage to take it up in the first place.

As Jacinda says ‘Be Kind’.