He poroporoaki ki a Keri Kaa, a farewell to Keri Kaa 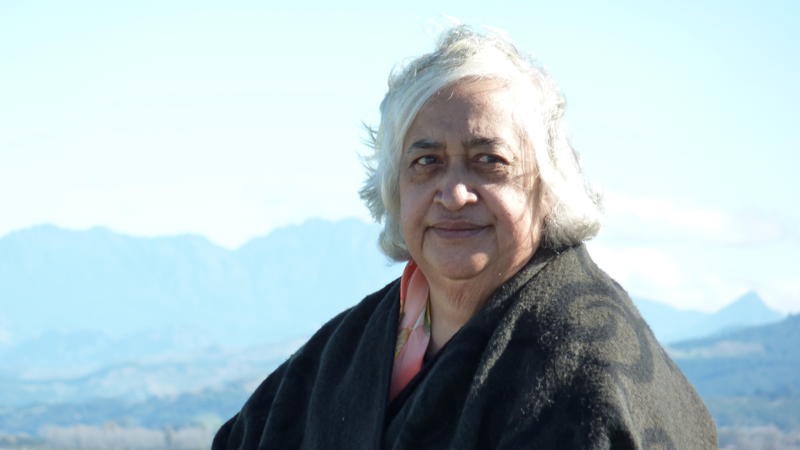 He poroporoaki ki a Keri Kaa, a farewell to Keri Kaa

Befitting Keri Kaa, for indeed a mighty totara has fallen and an enormous loss to her whanau, iwi, Māori, the arts and Aotearoa.

Te Kura Toi Whakaari o Aotearoa had the privilege of having Keri Kaa as our teacher, mentor, Kuia and Cultural expert. Known too many graduates as ‘Aunty Keri’ who we all loved, respected and feared for she was truly formidable.

Keri Kaa was an extraordinary woman of many abilities.

She was a dear friend who had a huge influence on my life, and although much younger, taught me a great deal. She was a guide and mentor to both Māori and Pakeha, and her influence as a teacher, performer and writer was huge.

Jan Bolwell and I shared so many rich experiences with her in Aotearoa  and across the Pacific. At the University of Hawaii we spoke about the bicultural pieces that the three of us directed together - Wahine Toa, Takitoru and Sing Whale! He Apakura Tohora. ‍

Keri, her brother, Wi Kuki and her friend, Tungia Baker were greatly supportive during my time as Interim Director of Toi Whakaari, in the late eighties. They hugely advanced the kaupapa and content of the curriculum.

Keri devoted much of her life to the development of Māori / Pakeha relationships. No one did it better.

She was kind, generous, hospitable and firm of purpose.

My favourite memory of her is from when we were on Atiu, in the Cook Islands, with students from Ako Pai ki te Upoko o te Ika - Wellington Teachers College.

Most were asleep in the local hall, but we sat outside in the moonlight.

Despite her large size, she was so light, fleet-footed and truly elegant.

A moment etched in my memory.