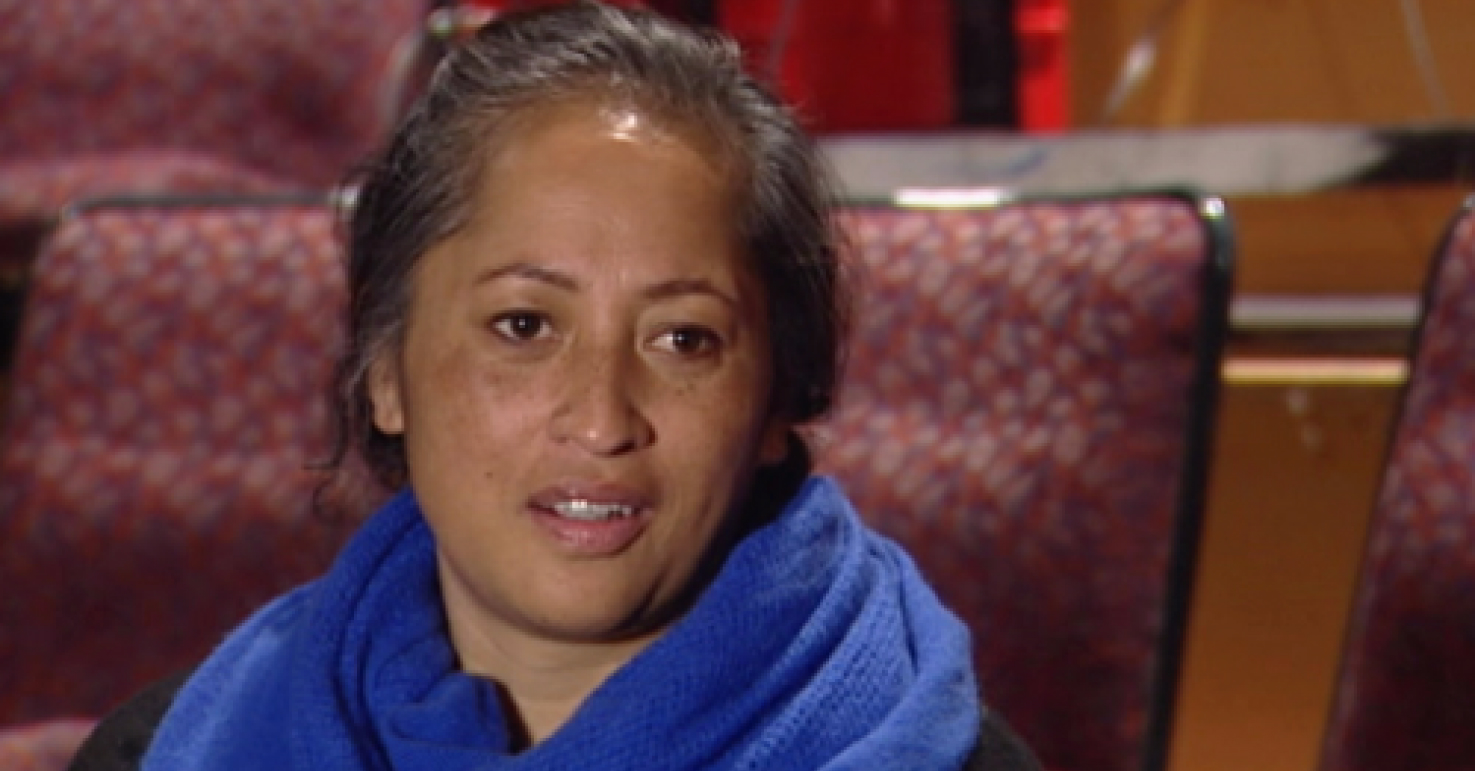 As you will have seen in the news, Nancy Brunning passed away after fighting one hell of a battle.  Her illness ravaged her tinana but never succeeded in conquering Nan’s spirit.  She fought right up to the end and it was, at times, exhausting and worrying to watch.  Nan could be a stubborn hua so it was no surprise she pushed herself to the limit.

I would like to acknowledge Grace for the attention and aroha she has given to our friend over the last year or so.  Her support for Nan was unwavering and she committed fully to her care.  Similarly, dear Hera Dunleavy flew from Auckland frequently to tautoko Nancy because like us, she loved Nan deeply.
‍

Nancy encouraged Mitch to complete his work Pakaru and then direct the play.  She promised our support by presenting the play through Hāpai Productions.  Nancy was as rapt as Mitch when he received his second Adams Playwright Award earlier this year.

Nancy was always generous of spirit but she could be tough when it came to feedback.  If you happened to be in her inner sanctum – like Mitch, Grace, Hera and I were, her expectations were high.  For such a little ink spot, she punched well above her weight…  And I mean, punched…

I will miss my friend so very much.  Nancy meant the world to me.  She loved and supported me creatively as an artist, collaborator and as a friend.

Yesterday, I stood on the atamira at the Hannah Playhouse, a venue where Nancy performed regularly.  She was the recipient of the Bruce Mason Playwright Award and I responded on her behalf.  It was a tough gig.  Last week we presented her the actual award – a lovely silver plate and some gorgeous putiputi.  She smiled and was happy, mostly because all her whanau were there to share the tohu with her.  Over the next few weeks, you’ll hear a number of announcements as Nancy receives other accolades – all of them well deserved…

Thank you Nan for all you’ve done to lead us, to keep our industry accountable and to support and grow the rangatahi who follow you.  You always acknowledged those who had led the way for us – Don Selwyn, Tungia Baker, Wi Kuki Kaa, Keri Kaa, Rona Bailey, Uncle Bob Wiki…  We add your name to those esteemed rangatira my darling.

“When someone special dies, their spirit joins the others in a wild tango across the night sky”… how I will enjoy watching you dance Nan.

The Board of Toi Whakaari, the staff and students extend our deepest condolences to Nancy’s whānau & friends. She was an inspiration for many.  Her contribution to the arts landscape in Aotearoa is immense.  She will always be our taonga and we mourn her loss.  Moe mai rā e te wahine rangatira, te mareikura purotu…

Nancy is of Ngāti Raukawa and Ngai Tuhoe descent. Nan trained at Toi Whakaari: NZ Drama School. From the outset of her career she made a deep impression with her work in many productions including Nga Tangata Toa and Waiora. She has acted for theatre throughout New Zealand and been dramaturg for theatre in English and Māori.

Nancy began directing theatre early in her career with Flat out Brown, Te Ohaki a Nihe, Ngā Pou Wahine, Woman Far Walking and Waitapu, and more recently her own work.

She also became one of the most well-known faces on New Zealand television in the role of Shortland Street’s Jaki Manu.

She has numerous film credits as an actor, was the acting coach for the Oscar nominated short film Two Cars, One Night directed by Taika Waititi. She has also worked for film as a cultural advisor and script consultant.

Her accolades include Best Actress awards on stage and screen.

She is a major influence in kaupapa Māori productions including directing te reo shows for Taki Rua Productions and as co-founder of Hāpai productions.

Though most-well-known in the roles of actor and director, the extraordinary theatrical force that is Nancy, includes playwriting. Her first play was Hikoi which she completed in 2011. In her usual self-effacing way had been brewing for a very long time before she showed it to anyone.

Hikoi is a moving and powerful play about a Maori family facing radical change in the 70s and 80s. Hikoi was co-runner up and also won the award for Best Play by a Maori Writer in the 2014 Adam NZ Play Award, and premiered at the 2015 Auckland Arts Festival.

In 2014 Nancy was selected as the inaugural NZ Writer at the Banff Indigenous Writers Residency in Canada.

She curated Rowley Habib’s writings to produce Portrait of An Artist Mongrel which premiered at BATS in 2017 before travelling to Auckland Writers Festival in 2018.

Nancy’s next play Taniwha Woman was included in “Breaking Ground” Workshop during the Kia Mau Festival in 2018. It is, as yet, unproduced but was again runner-up and Best Play by a Woman in this year’s Adam New Zealand Play Awards.

This year Nancy wrote and directed Witi’s Wāhine, for the inaugural Te Tairāwhiti Arts Festival in Gisborne in October.

The play is based on women from Witi Ihimaera’s stories and features some of his most powerful wāhine Māori characters.

Her writing has a personal and sharp-witted view of the world, working to make visible the kinds of Māori women seldom seen on our stages or screens.