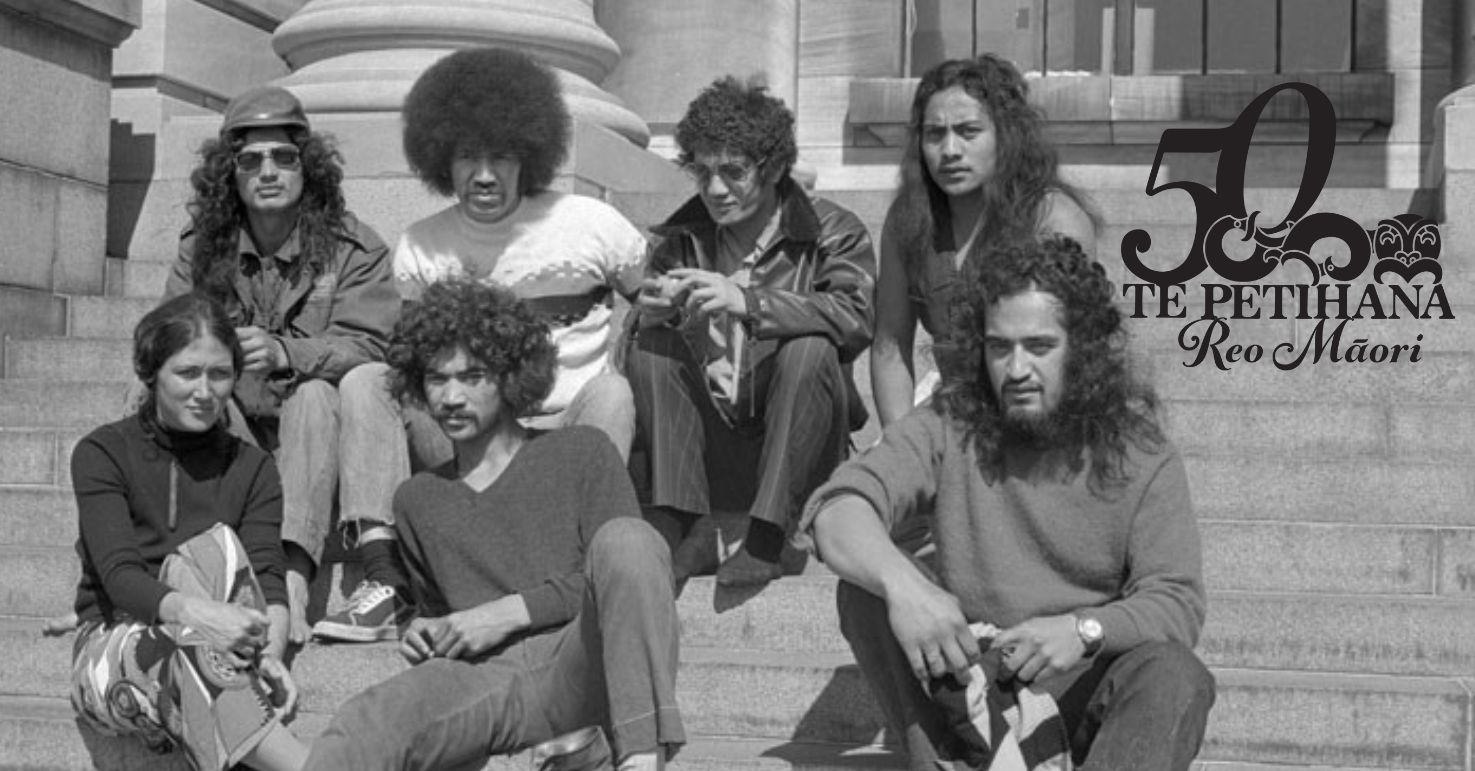 Peter David Broughton CNZM, or better known as Rawiri Paratene, is an acclaimed actor, director and writer. However, this is a special year where we also acknowledge his work as a champion of te reo Māori. While a student at Toi Whakaari, he was a member of the activist group Ngā Tamatoa who alongside Te Reo Māori society and Te Huinga Rangatahi delivered a 33,000 signature strong petition to the steps of parliament in 1972.

This petition was Te Pētihana Reo Māori (The Māori Language Petition), which called for te reo Māori to be taught in schools. 50 years since this petition was delivered to MPs, we proudly acknowledge the role Rawiri played in advocating for the revitalisation of te reo Māori.

Alongside another rangatira of his time Tama Poata, Rawiri founded the Wellington branch of Ngā Tamatoa in 1972. Their first hui was at his student flat on Tasman St, not far from Toi Whakaari, where ideas were seeded that would lead to the Māori Language petition and a Māori Language Day.

50 years on te reo Māori is much stronger, better recognised and supported by the Government and wider society. The petition paved the way for many political movements to come, such as the Kōhanga Reo movement which now celebrates 40 years, the Māori Language Act 1987 which saw te reo Māori recognised as an official language of New Zealand, the establishment of Māori Television which first aired in 2004, and this year the first official Māori public holiday celebrating Matariki.

In the Toi Whakaari biography ‘Transitions’, Rawiri’s leadership and commitment to Māori activism and Ngā Tamatoa as a student is discussed.

“He spent most of his third term in a tent embassy erected outside Parliament for the 1972 elections. This commitment conflicted with his Drama School training and he struggled to attend rehearsals for the graduation production, bringing him close to being dropped from the school.”

However, it was the school's director at the time Nola Millar who didn’t give up on him and saw the potential of his political experience as a catalyst for his future as an actor. She gave Rawiri a speech to read from Troilus and Cressida which was about making choices. Rawiri shared the following:

“It’s as if she had said to me that there are lots of people who are going to be political activists over the coming years, but how many actors - how many writers?”

“What she was saying was - you are here for the same purpose that you are in Ngā Tamatoa. You are going to be one of the first Māori actors; one of the first people to speak in drama terms about the issues of [your] generation. That’s what the piece said to me. I knew then in my heart that I was going to continue on with my theatre career.”

Nola’s instincts about Rawiri were right, in consideration of Rawiri’s incredible career to date. It comes at no surprise too that Rawiri performed that same play which was a turning point in his life - in te reo Māori with the company Ngākau Toa at The Globe Theatre in London, back in 2012.