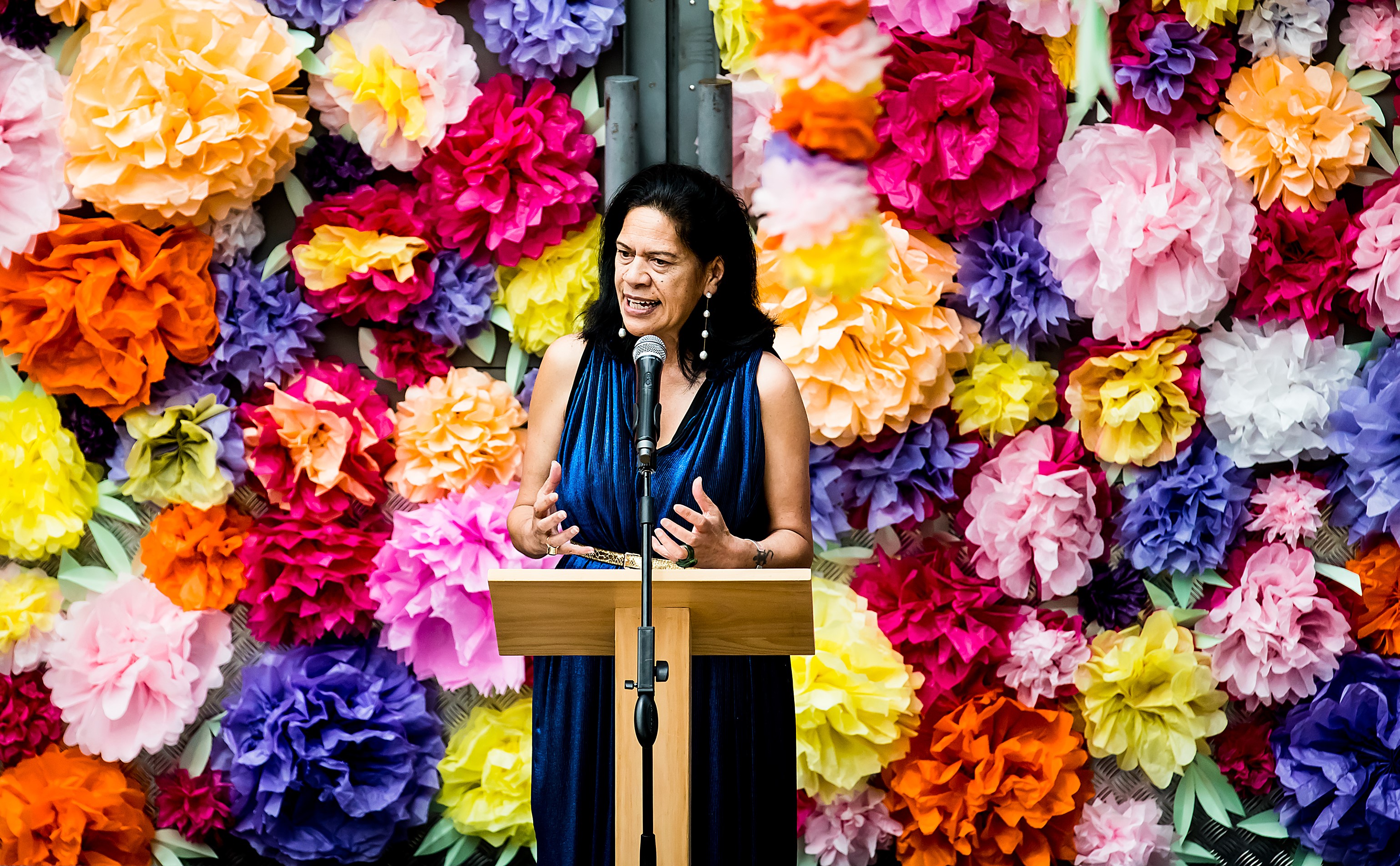 For the past 34 years, Te Waka Toi Awards have been recognising leading Māori artists, advocates and community leaders for outstanding achievement, leadership and excellence.

Toi Whakaari Board Chair Tim Walker praised Tanea’s achievements saying that her on-going commitment and contribution to toi Māori was what makes her such an exceptional Tumuaki for Toi Whakaari.

“On behalf of the board, staff and students, I want to congratulate Tanea on receipt of this award. Tanea’s vision, leadership and global scope is to be admired and this award is further proof our kura is in safe hands”, he said.

“I give my thanks for this recognition. We are the storytellers, and to me making a difference is actively celebrating our voices, words and people. It is a double honour to receive this award after Nan”.

The full list of award recipients is here: https://www.creativenz.govt.nz/news/excellence-celebrated-in-the-2020-te-waka-toi-awards