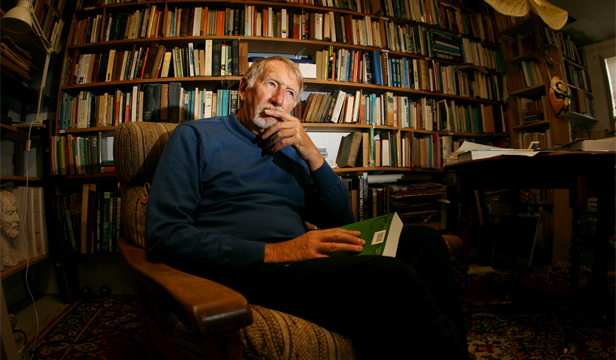 I'm watching Deadpool with my kids and thinking about Bertholt Brecht. How the great German playwright would probably have appreciated the Verfremdungseffekt (Distancing/Alienation Effect), when Deadpool talks directly to us to alert us that we’re being manipulated. I have Phil Mann to thank for this, and the life-changing production he directed us in of Brecht scenes and songs, Stop That Romantic Staring (1984). It was part of the Drama Studies course Phil had created at Vic Uni. His joy in teaching drama, and Brecht in particular, would be the reason many of us went on to apply to the NZ Drama School (as it was known back then). Many others didn’t want to be actors or theatre-makers but still came away with an appreciation that theatre was not for ivory towers but part of the real world, personal and political, a physical and emotional force with great power to move us and others. His Downstage productions in the 1980s of Life of Galileo by Brecht, Tooth and Claw by Greg McGee, and Shuriken by Vincent O’Sullivan would embody this power. The later play about the WWII machine-gunning of Japanese POWs in a Featherston camp was also how Phil introduced us to haiku through Basho (1644-1694):

Summer grasses / All that remains / Of warriors’ dreams

Phil had an enduring curiosity for all forms of art and literature. In my teaching I still use a playwrighting exercise based on the Rashomon Effect (from Kurosawa’s famous film) that he taught me in 1985. I love how it emphasizes that every character has their own version of the truth, and we must never be satisfied with just one perspective on the world. Phil went to explore this world and many outer world views in his career as a revered sci-fi author of 11 acclaimed books. I was lucky to speak at the launch of Phil’s final book, Chevalier and Gawayn, in August 2022, at Toi. We knew we were saying goodbye, but this was also his 80th birthday and so to be a celebration of a full life. I wanted so much to hug him, but Covid, so instead declared, “We love you!” I’ll say it again now. We love you, Phil. I hope the many of us who experienced your mana as a teacher, director, writer, friend, and human, can be the summer grass that carries your work and wairua forward. And I urge you all to read his great books that will remain his legacy.