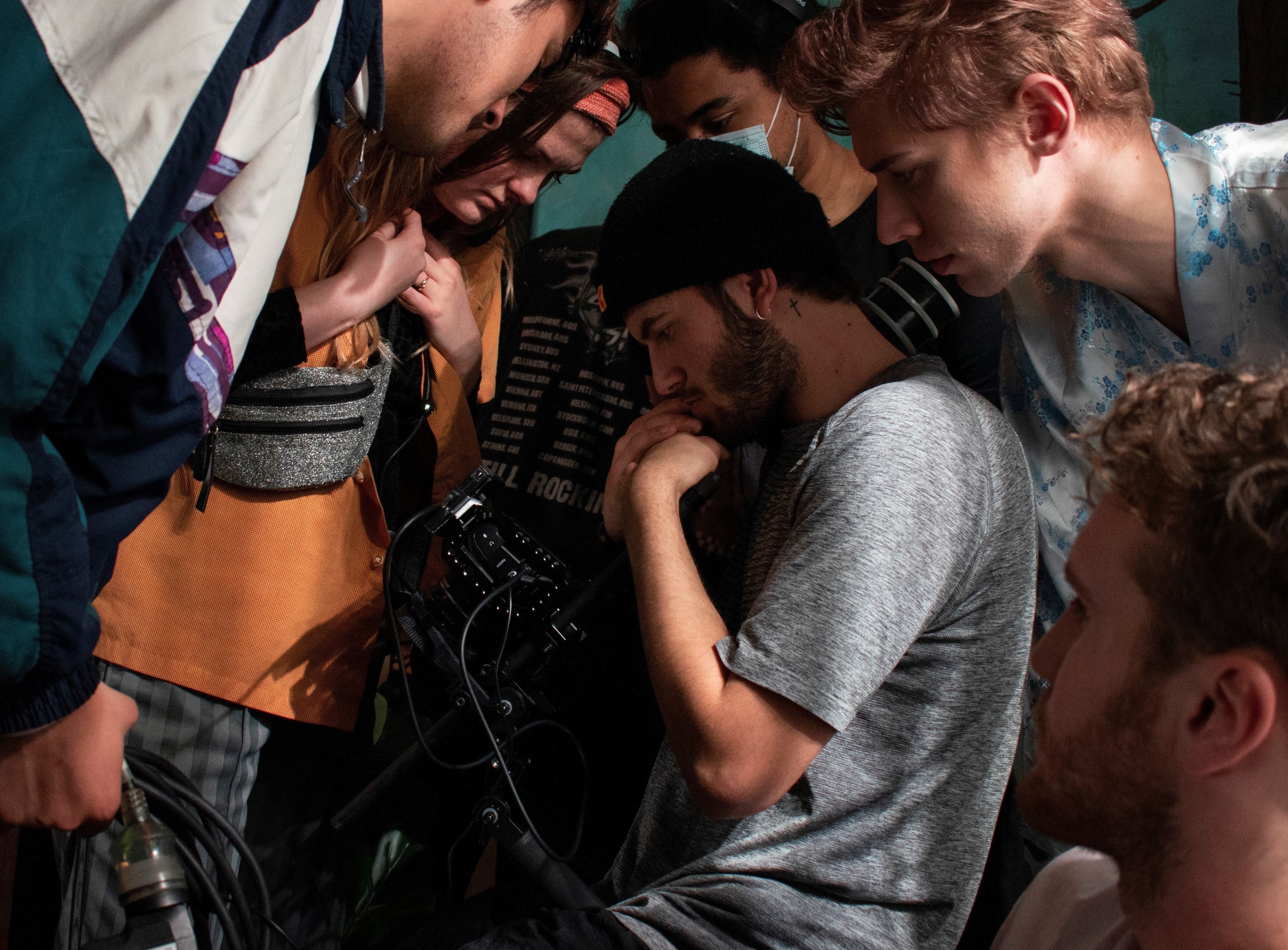 This year Toi Film presents; Hand, directed by Stephen Kang, No Laughing in the Faculty, directed by 2019 Arts Laureate Coco Solid, Tigers of Wrath, directed by Award-winning Deer Heart Films and short films by graduating students made as part of their independent research practice.

Toi Films have gone on to be screened at numerous international film festivals including the Berlinale, Melbourne, and New Zealand. In 2020 Toi Film WORKSHOP, created in 2019 by Judah Finnigan, was accepted into the Venice Film Festival.

"Toi Film was a dream experience for a filmmaker,” says Finnigan. “The mentorship I received throughout the process helped me evolve into a completely different, and definitely better, filmmaker than I was before and the ridiculously talented Toi Whakaari cast I got to work with led to some of the most fun, thrilling and rewarding collaboration I've ever had.

“Having the finished film WORKSHOP premiere at the 2020 Venice Film Festival was obviously a career highlight, but it's still second-place to every minute I got to spend in rehearsal with those seven lunatics. It was one of the best things I've ever done - and I can't wait to see more of the next-level work that Toi Film will keep delivering in years to come,” says Judah.

Toi Whakaari, Senior Acting Tutor, Vaughan Slinn, says that reaching competition at Venice in 2020 is further recognition of the incredible success of our Toi Film project.

“For the last seven years, Toi Film has grown in its ability to reach wider audiences. We have such a talented student body and they get to work alongside some of the industry’s best on this project. Don’t just take my word for it, come and see these shorts for yourself before the rest of the world does”, says Slinn.

Toi Film is a koha/donation event that is open to the public 6.30pm, Tuesday 10 November at Embassy Theatre. Join us to celebrate another year of screen collaborations between Toi Whakaari students, staff and industry.