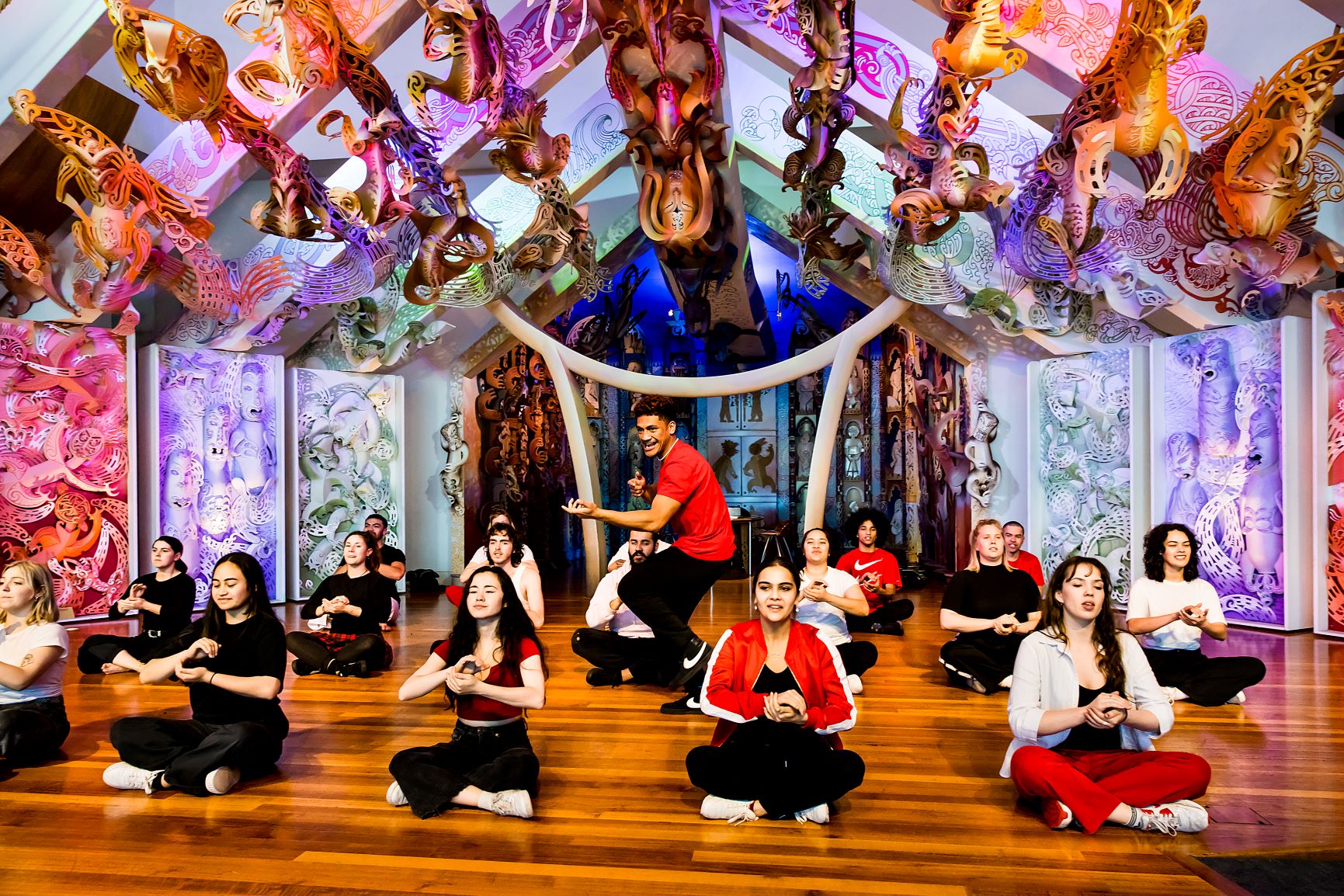 Songs of Protest is a series of live pop-up performances weaving song, dance, and Poetry.

Toi Whakaari: NZ Drama School 2nd year Acting Students have created a performance, of Poetry, Dance and Song called SONGS OF PROTEST. This FREE performance is being presented to communities throughout the Wellington, Kāpiti and Manawatū regions from 26 July- 12 August.

Working in rich collaboration with Toi Whakaari’s Arts Management, Costume and Design students, our 20 brave actors delve into turbulent stories of protest from the diverse range of places of which the students themselves hail from - Aotearoa, Te Moana Nui A Kiwa, The Middle East, Europe and Asia.

Earlier this year during the annual Wānanga week, Toi Whakaari hosted a visit from the Polynesian Panthers. The students learnt first-hand the role of the Polynesian Panthers and their commitment to achieving basic human rights for Pasifika communities. Most notable is their recent petition to the New Zealand Government for a formal apology for the governments Dawn Raids on the Pacific Islands communities in the 1970s and 80s.

Songs of Protest is inspired by the resilience of Aotearoa to learn and grow from its history of activism.